Yaconz yacon syrup is one of the best dietary sources of fructooligosaccharides (FOS), a type of fructan. Fructans are a category of soluble dietary fibre. Because a large part of yacon syrup isn’t digested, it has only a third of the caloric value of sugar. For this reason, it can be used as a low-calorie alternative to sugar.

A 2009 study in Clinical Nutrition took a look at how daily consumption of syrup made from yacon root affected weight loss and blood sugar, and according to researchers,

They also found that when the bacteria digest the fructans, they produce short-chain fatty acids (SCFA) that have powerful anti-obesity effects.

There is also some evidence that fructans can lower the hunger hormone ghrelin, helping reduce appetite. 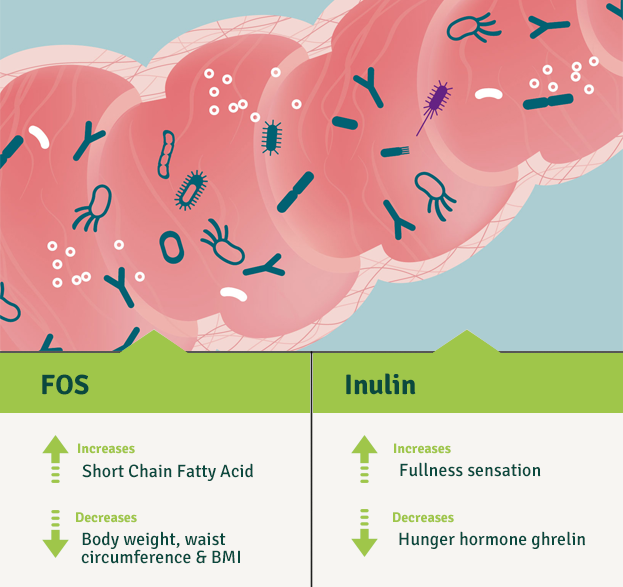 Welcome to Yacon New Zealand. We use cookies to enhance your browsing experience. Find out more.