The natural FOS content in Yaconz yacon syrup are able to escape enzymatic digestion in the upper gastrointestinal tract. They can reach the colon intact where microbial fermentation takes place. The intake of natural FOS stimulates the proliferation of bifidobacteria, a group of beneficial bacteria naturally found in the human colon.

Short-chain fatty acids (SCFA), the endproducts of FOS fermentation by the intestinal microbiota, can also favour the growth of health-promoting bacteria such as Bifidobacterium spp. and Lactobacillus spp., while reducing or maintaining pathogenic populations such as Clostridium spp. and Escherichia coli at low levels. 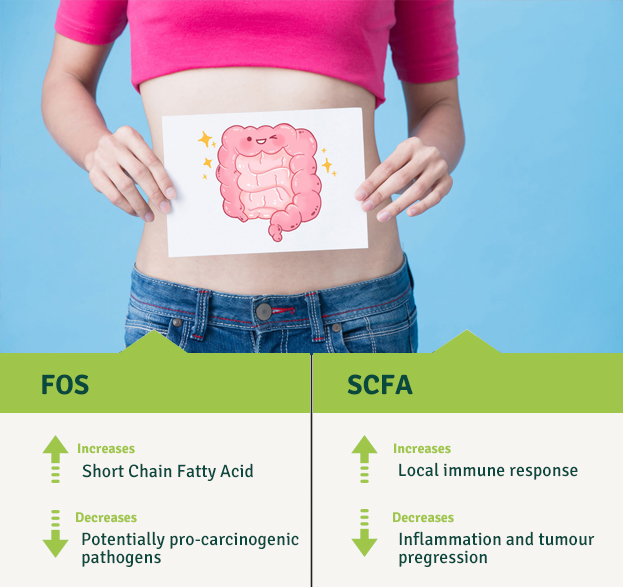